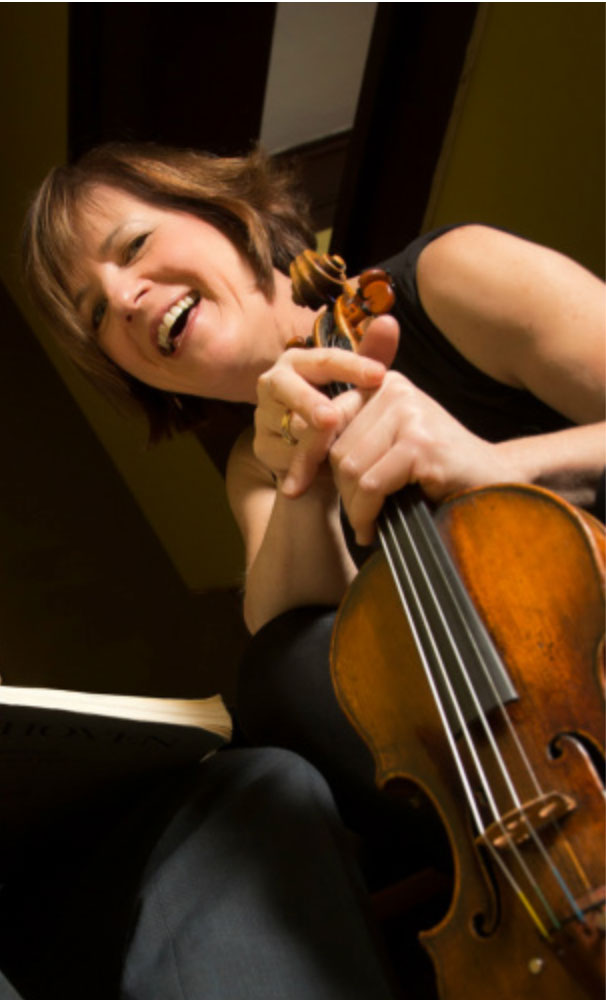 Jeri is an experienced violinist and educator with wide ranging expertise and experience.  Please enjoy exploring this web site, and feel free to contact me for lessons, consultations, or concerts. 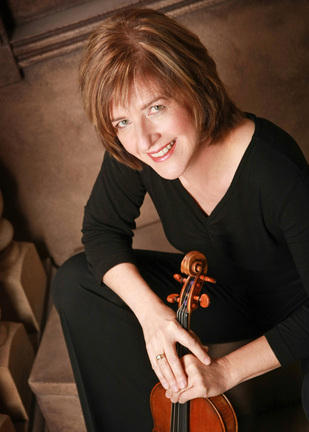 Jerilyn Jorgensen is a member of the performance faculty of Colorado College and has been adjunct faculty in violin and chamber music at the Lamont School of Music of the University of Denver as well as Visiting Assistant Professor of Violin at the Crane School of Music, SUNY Potsdam. From 1980-2004 she was first violinist of the Da Vinci Quartet, and as a member of that ensemble she has performed throughout the United States, been a prizewinner in the Shostakovich International String Quartet Competition and finalist in the Naumburg Chamber Music Competition, and appeared on PBS’s NewsHour with Jim Lehrer.   Her recordings of string chamber music by Arthur Foote and Charles Martin Loeffler  appear on the Naxos label.  Her performances with the quartet have been praised as “…abundant in feeling and fire” (Milwaukee Journal), “taut, confident playing, brimming with thrust and color” (Los Angeles Times), and as exhibiting “ease, authority, and thoroughgoing excellence” (San Francisco Chronicle).

Concerts from 2016-2019 included the complete Beethoven Sonatas in Colorado Springs and Denver with pianist Cullan Bryant, as well as appearances in New Mexico, Potsdam, NY, Boston, Ann Arbor, MI, and elsewhere in Colorado. As a performer of historically informed concerts on original instruments, she has appeared with Mr. Bryant at the Frederick Collection of Historic Pianos in Ashburnham, MA, the National Music Museum in Vermillion, South Dakota, and  the Loring-Greenough House in Boston, as well as being featured performers at the Historic Keyboard Society of North America’s 2018 conference, with an invitation to return in 2020 (now 2021). Concerts for 2019 included a tour of North Carolina. She and Mr. Bryant have recorded the complete Beethoven sonatas on period instruments of the Frederick Collection, released by Albany Records in July 2020. Ms. Jorgensen has given master classes in violin and chamber music at the University of California at Davis, University of Nevada at Las Vegas, Sam Houston State University, Kansas State University, Simon’s Rock College, the University of Northern Colorado, and Colorado State University.  She is in demand as a pre-college teacher, counting among her present and past students several winners of regional competitions, including the MTNA senior strings competition.  She is on the faculty of the Lamont Pre-College Academy summer program and is the Artistic Development Coordinator for the Colorado Springs Youth Symphony Association, where her responsibilities have included curriculum design and teacher training for the Mozart Strings Project and sectional coaching and coaching oversight for four orchestras.  She is currently director of chamber music for the organization, managing coaching and community performances throughout the year for student chamber ensembles. In April 2020 she designed an online program for teaching chamber music using a digital audio workstation, trained other faculty in its use and implemented and taught the program in two summer festivals, including the Manitou Chamber Music Festival, of which she is director and co-founder.

Ms. Jorgensen holds bachelor and master of music degrees from the Eastman School of Music and the Juilliard School.  Her modern violin is by Sanctus Serafin from 1728, and her classical instrument is from 1797 by Viennese maker Antonius Carolus Leeb.  For classical-period concerts she has use of an anonymous English transitional bow from 1780 on generous loan from Darnton and Hersh Fine Violins, Chicago.